It’s been nearly two years since FEC was named as the developer of the Ritz-Carlton hotel and The Towers apartments and Chairman Tan Sri Dato David Chiu said it has been a busy time in the lead up to this event.

“Since we purchased the land from the WA State Government, we have secured development approval, organised funding for the build and appointed a builder,” he said.

“There has been terrific support from the locals for the project, with more than 95 per cent of the current sales being to Western Australians.

“We hope that this is the start of an exciting relationship and we also hope to be able to make announcements on future projects in the near future.” 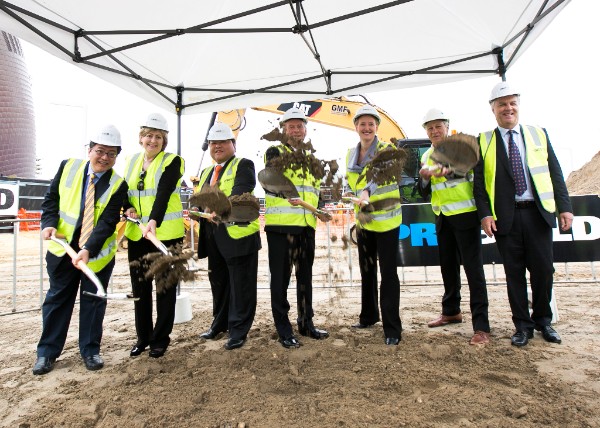 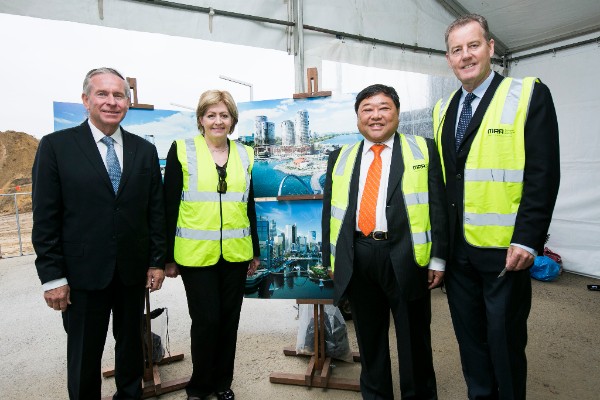 One of Australia’s largest construction companies, ProBuild, have been awarded the contract for The Towers apartments and the Ritz-Carlton hotel, which will be built simultaneously. Project director Tony Hodder, who has worked on some of the country’s biggest tower projects including Brookfield Place, said that more than 1200 people will be employed on the build.

“We will undergo a construction methodology called ‘top-down’ on both towers, which offers the opportunity of constructing upwards and downwards, from a fixed level, concurrently – a significant time saving to the project,” he said.

“So, we will see construction above the hoardings quickly, even though the plans include three floors of underground development. Once we hit our straps, we are scheduled to complete three floors per month, with the entire project expected to take approximately 32 months.”

A word from Marriott International, Inc.

The development of the Ritz-Carlton at Elizabeth Quay will be the first of a new roll-out of the luxury hotel brand in Australia.

“This is another hugely significant step towards the long-awaited return of Ritz-Carlton in Australia,” he said.

“Far East Consortium and its expert consultants have conceived and designed a world-class project at Elizabeth Quay. We expect it to become a landmark destination for Western Australia.”

The Ritz-Carlton hotel rooms will be all-suite, with the smallest rooms double the size of a standard hotel room. The glamorous restaurants, ballrooms and spa treatment facilities will rival any hotel in the world.

Whilst many apartments have been snapped up, there is still a great selection of 1, 2 and 3 bedroom apartments and two penthouses remaining. The Towers at Elizabeth Quay is truly the most glamorous apartment project in Perth’s history. There is no other property in Perth like it, with absolute water frontage viewed through floor to ceiling tinted glass, an abundance of residential amenities, proximity to the CBD and the glamorous Ritz-Carlton hotel.

Feel free to contact our office so we can help you find the best property to suit your requirements. 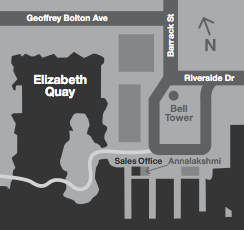